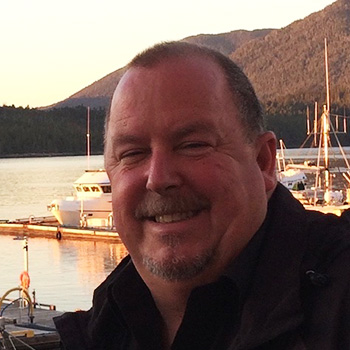 Bruce Bidgood has been a member of local government for twelve years. He currently serves as the Director for Electoral Area C of the Regional District of Kitimat-Stikine (BC). and the Vice-Chair of the Northwest Regional Hospital District. He was first elected to Terrace City Council in 2008 and is a former member of both the FCM board as well as the North Central Local Government Association. Bruce was the inaugural Chair of the Northwest Resource Benefits Alliance; a group of over 20 local governments charged with negotiating a resource revenue sharing agreement with the province of BC for projects such as LNG Canada.

Bruce began his political career as a research consultant to municipal and provincial governments in the late 1980’s. He became an invited expert for the Ontario government in the 1990’s providing consultation on issues such as the Budget, Charlottetown Accord, and the Social Charter of Rights. Bruce is an active community, volunteer Board member, educational consultant and invited speaker to many groups.

Dr. Bruce Bidgood is an Associate Professor in the School of Social Work, University of Northern British Columbia (UNBC). He also served as an Adjunct Professor in the School of Business and Economics, Nipissing University and a graduate supervisor for the Masters in Leadership program of Royal Rhodes University. Dr. Bidgood has produced more than one hundred scholarly/professional contributions and has been the principal investigator on several national and provincial research grants.

"I believe that it is important to have a director from North-western BC on the FCM Board as this region is the confluence between the nations' largest economic development project (LNG Canada), First Nations claims of sovereignty over traditional territories, environmental movements and local governments struggling to adapt to a rapidly changing economic/social reality."