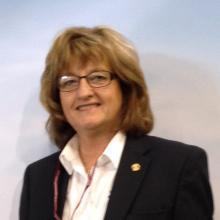 Joanne has been on FCM’s Board of Directors since 2015, where she’s helped bring local expertise to national challenges. In 2019, she was elected interim Third Vice-President by her peers. Shortly after, she was acclaimed Second Vice-President.

Her experience has enabled Joanne to see up close the vital contributions of Canada’s rural communities—and all our communities. She believes that, as the order of government closest to daily life, local leaders best understand the hopes and challenges of ordinary Canadians.

Joanne is a proud lifelong resident of Strathroy-Caradoc. She volunteers with a number of committees and organizations, mentors young people—especially young women—and is deeply committed to building a more inclusive community.