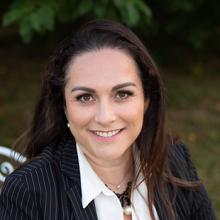 Taneen has served as an Alberta representative on FCM’s Board of Directors since 2017. She’s held a number of different positions during that time—including co-chair of the Social Economic Development Committee, co-chair of the Conference Planning Committee as well as chair and vice-chair of the Increasing Women’s Participation in Municipal Government committee. She’s also served as the governance representative for the Towards Parity in Municipal Politics initiative, and FCM Interim Vice-President.

Taneen is a strong and proud advocate for the vital role of Canada’s small towns—and for the role of communities of all sizes, in all regions. She continues to be an active volunteer currently devoting her efforts towards supporting adults with exceptional needs as well as refugee sponsorship. She’s also proud to have raised four dynamic children to be creative and kind citizens.