Thanks to a bold, shared vision and effective collaboration, new infrastructure for electric vehicles has attracted tourists and reduced emissions across BC’s rural Kootenay region.

In 2016, the regional districts of East Kootenay, Central Kootenay and Kootenay Boundary launched a pilot project to build an extensive network of electric vehicle charging stations and promote a shift to electric vehicles.

Given the long distances between the small communities in BC’s rural Kootenay region, transportation accounts for about 60 percent of community greenhouse gas (GHG) emissions in the area—much higher than in urban or more densely populated areas.

Most small or rural communities don’t have the resources or population to support public transit or other forms of alternative transportation, so residents and visitors rely on personal vehicles for travel. In this context, building a charging network to support a shift toward electric vehicles was the region’s best bet to reduce GHGs while bolstering the local economy through tourism and increasing the adoption of electric vehicles. 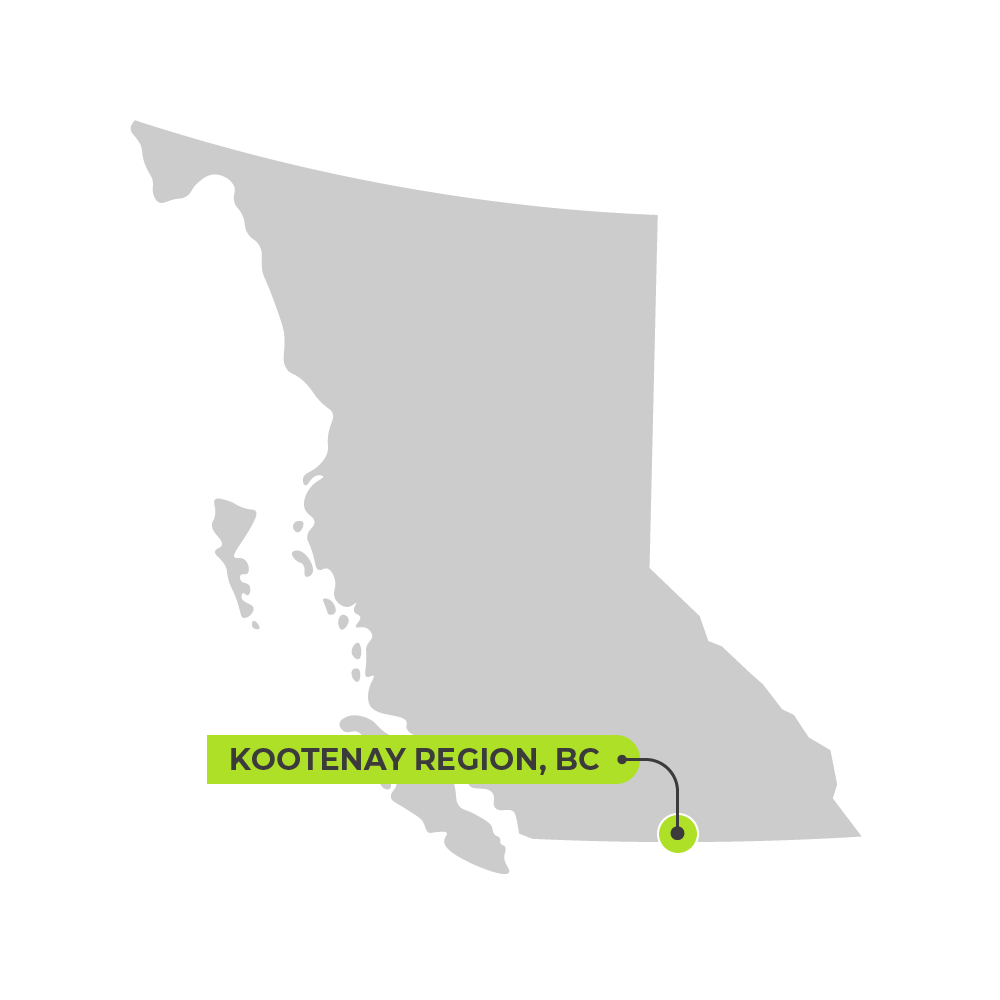 The visibility of the new electric vehicle network and all the communications surrounding it dramatically increased residents’ interest in transitioning from conventional to electric vehicles. At the end of December 2019, the estimated number of electric vehicles registered in the Kootenays was more than double the number projected.

of (equivalent) gasoline use avoided

In addition to a welcome reduction in noise pollution, the shift from petroleum-based fuel to electric power is expected to reduce emissions by 51,000 tonnes of carbon dioxide equivalent (CO2e) by 2030. Small, locally owned businesses are also benefiting from the new infrastructure as more travellers drop in to visit local shops while their vehicles charge.

The districts credit their success to extensive collaboration and a single, critical decision: to go big. A smaller project might have been easier to implement, but without the full network in place, the desired impacts would not have been achieved. The project has changed the conversation on electric vehicles in the region and has garnered significant attention from other municipalities aiming to replicate the districts’ success.

As a small business owner in a small community, I’m thrilled the charger is here. I think many drivers are happy to have a reason to stop in our great town, and we’re grateful for the additional business these travellers bring.” 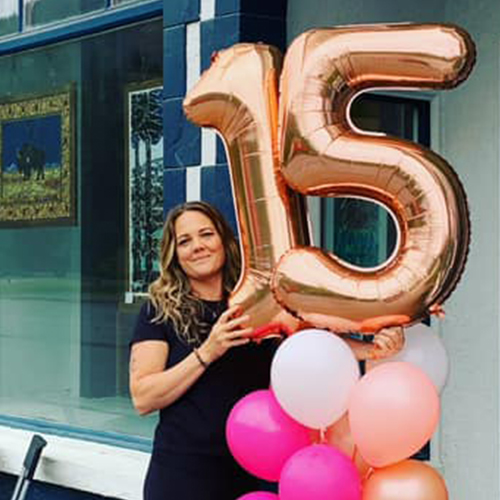