Three major upgrades to cycling and pedestrian networks in the City of Vancouver have created a seamless active transportation corridor running from the city's western neighbourhoods and across the Burrard Bridge to the downtown core. Active transportation is now safer, thanks to the Seaside Greenway, South End Burrard Bridge and York Bikeway projects, which have led to an increase of 20,000 new cycling trips per year.

Read the case study below to learn about project highlights, as well as the challenges and lessons learned that can help your community in planning similar projects. 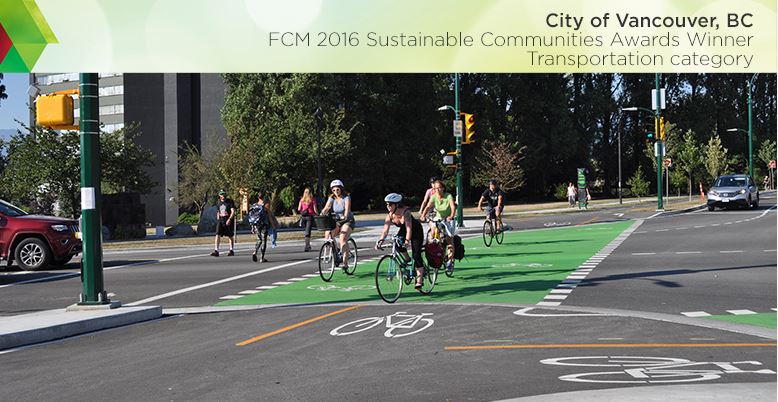 Setting a new high water mark for active transportation infrastructure and healthy communities, the City of Vancouver has dramatically improved cycling and walking connectivity throughout a major waterfront corridor running from Vancouver's western neighbourhoods to its downtown core.

The entire 28-kilometre Seaside Greenway route is now a seamless, safe corridor for cyclists and pedestrians. The city closed a three-kilometre gap in the Seaside Greenway (the Seawall), where pedestrians and cyclists previously had to travel along busy Point Grey Road, by redirecting traffic and converting the road into a quiet greenway. The city also created the York Bikeway to extend the cycling corridor to the Burrard Bridge. The bikeway features protected bike lanes, bicycle signals and alternating one-way streets to calm traffic. The city also reconfigured the intersection at the southern end of the Burrard Bridge, making it simpler and safer for cyclists, pedestrians and motorists. With Dutch design features such as protected road space for cyclists and protected signal phases, it is now one of the most complete multi-modal intersections in North America.

The projects have enhanced waterfront access and sustainable transportation opportunities for people of all ages and abilities. They help to fulfill the city's Transportation 2040 goals, and they contribute to Partners for Climate Protection (PCP) Milestone 5 (corporate and community).

"People in the city are now realizing that walking or riding a bike is an extremely viable option to getting into their car, whether it's for work, play, shopping or whatever else they are doing around the city."
— Councillor Heather Deal 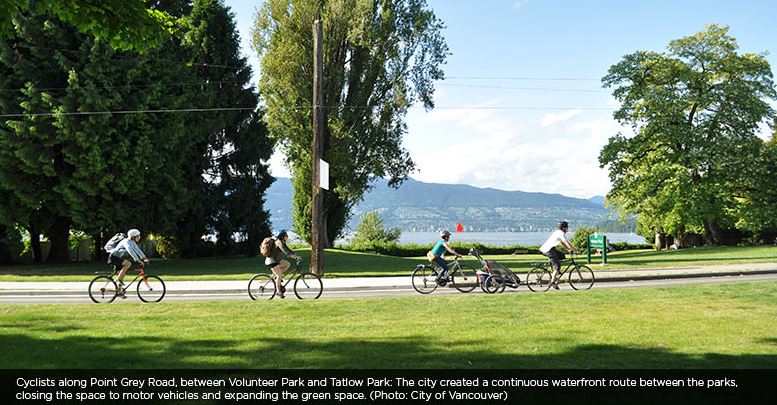 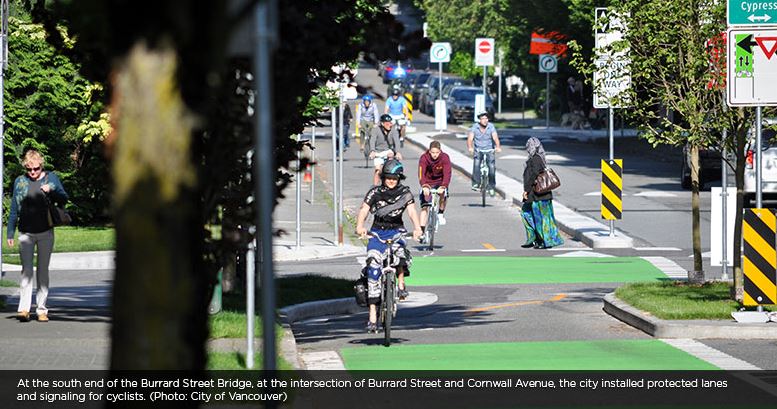