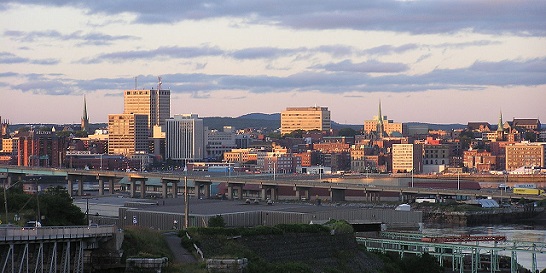 The City of Saint John studied the feasibility of a district energy system to serve buildings in the downtown area. These systems distribute thermal energy from a central facility to heat and cool multiple buildings.

Saint John's study examined various energy options including raw sewage heat recovery from the nearby waste water treatment plant and energy recovery from  Saint John Harbour seawater and industrial waste. In the end, the recommended approach was to use waste energy from the nearby Irving pulp and paper mill. Initially, 15 buildings would be connected. The district energy system would reduce energy costs, greenhouse-gas emissions and the city's fossil-fuel dependency. It would also encourage the development of green buildings in the heart of the city.