The NWT Association of Communities (NWTAC) organized a climate change forum to bring together communities, governments and other partners in an interactive format to move the climate adaptation agenda forward. With 166 attendees from across the Northwest Territories (NWT) and beyond—including 25 out of 33 NWT communities—the event encouraged networking, learning and co-creation of solutions. It resulted in a strategy and action plan, several resolutions, increased dialogue among governments, communities and climate partners, and a wave of new projects and subscription to federal funding among rural, northern communities who otherwise had limited staff and resources to work on climate action. The project was part of the Municipalities for Climate Innovation Program (MCIP).

Read this case study to discover how to develop a forum to support climate action in small or remote communities.

What climate challenges do communities in the Northwest Territories face?

As climate change progresses, temperatures are rising dramatically in the Northwest Territories (NWT), causing changes to important environmental features like ice, permafrost, water, vegetation and wildlife. As a result, communities in the region are facing environmental, economic and social challenges that affect health, safety, food security, infrastructure, and economic and cultural activities. A lack of staffing and resources have hampered efforts to make climate change central to all decision-making.

The Government of the Northwest Territories had released its 2030 NWT Climate Change Strategic Framework and accompanying action plan in 2018. But more work still needed to be done to understand community needs and challenges and identify strategies for community resilience, as well as to adequately resource the framework’s implementation (in terms of budget and human resources).

The NWT Association of Communities (NWTAC) hosted a climate change forum in October 2018 to explore the challenges facing communities and work to uncover opportunities for collaborative solutions. The event brought together communities and several orders of government as well as other climate change partners. The NWTAC hosted an in-person event with an interactive format to foster collaboration, incubate partnerships, co-create solutions, and help develop climate skills in communities. The format also helped collect input from communities that are on a wide spectrum of adaptation readiness.

What steps were involved in the project?

NWTAC worked in partnership with the non-profit organization Ecology North to organize the forum, starting in 2017. Two project advisory boards, one focused on adaptation and another on energy, helped design and deliver the event. The boards included volunteers from communities, NGOs and the federal and territorial governments. In addition to a grant from MCIP, further sources of funding from government, sponsorships and registration fees as well as in-kind contributions made the event possible. From the start, the forum was conceived as a northern-designed solution to local challenges, an approach that proved key to its success.

NWTAC invited communities from across the NWT, providing funding for their travel and accommodation so that cost would not be a barrier. Each community could send up to two people—one elected official and one staff member. Representatives of the Yukon and Nunavut—northern jurisdictions that face similar challenges—attended as observers. The 166 attendees included representatives of communities, Indigenous, territorial and federal governments and organizations, NGOs, technical experts, researchers, funders and students. Also invited were catalyst organizations with the ability to support communities in their efforts, for example by writing proposals and supporting project management.

The event was designed to encourage participation, networking and peer-to-peer learning. At interactive issue tables, participants and subject matter experts discussed the key climate change impacts facing communities. Individual communities shared success stories and discussed their processes and best practices. Presentations on tools and resources were another learning opportunity. A key goal was to create an incubator-type environment, with opportunities for participants to network, form strategic partnerships, and learn more about how to access funding. The forum was an iterative process that culminated in charrette tables where participants met with others from their home region to discuss regional challenges, opportunities and partnership issues. There were five charrettes, one each for the following regions: Inuvik (Beaufort Delta Region); Sahtu; Dehcho; South Slave; and North Slave.

After the event concluded, NWTAC produced a summary of the proceedings, a graphic report, copies of the presentations and participant contact information (to facilitate ongoing networking). Based on the insights and priorities identified at the forum, NWTAC published its Climate Change Adaptation Strategy and Action Plan in February 2019.

The forum allowed communities and subject matter experts to exchange up-to-date information on the state of climate change adaptation in the NWT. Communities were able to voice their priorities and concerns to all orders of government, as well as to researchers, funders and other organizations. Although the participating communities started from widely varying points in terms of their climate actions to date, the forum helped propel them all further forward on the journey towards resilience.

NWTAC developed its Climate Change Adaptation Strategy and Action Plan based on the priorities and solutions identified during the forum. The strategy identifies several key strategic directions related to energy and climate change, as well as an action plan for NWTAC to help communities address climate change. It also discusses the role of government partners (federal, territorial and Indigenous governments), NGOs and researchers.

With input from forum participants, NWTAC also prepared several resolutions that – along with the Strategy and Action Plan – were unanimously endorsed by the organization’s membership at the February 2019 Annual General Meeting. These resolutions are an important communication tool, providing clear and robust messaging for NWTAC to use. The territorial and federal governments have reviewed and accepted the resolutions. Although fiscal constraints are an ongoing issue, there is greater understanding of the need to work together.

Emerging from the forum include a graphic report displaying key issues and regional priorities, and an informative video highlighting the challenges facing communities and suggesting some solutions (such as simpler funding programs). Finally, two annual awards (on resilience and energy efficiency) have been created as a result of the forum, helping to recognize and highlight achievements within communities.

The forum moved the climate change agenda forward in different ways for all the communities, and some have developed projects and applied for federal funding as a direct result of their participation. Other jurisdictions have expressed interest in hosting similar events.

"The design of the forum was critical to its success. We focused on developing knowledge and skills, as well as networking, and used participatory approaches to get participants to co-design and really buy into solutions by the North and for the North. In the end, we got so much more out of the forum than we had expected."

A plan for the future

Responsibility for implementation of the NWTAC Climate Change Adaptation Strategy and Action Plan is shared amongst the communities, governments and organizations that participated in the forum. No timeline was established for the strategy and action plan, and in 2020, the unexpected challenge of COVID-19 has delayed progress. However, association staff and communities are working to move the agenda forward. NWTAC plans to review and update the strategic plan regularly—after annual reviews by the association’s members—and treat it as a living document that will reflect changing circumstances and new information.

From the NWT represented

From planning to report

As a key forum output

This project was part of the Municipalities for Climate Innovation Program (MCIP), a five-year, $75 million program funded by Infrastructure Canada and delivered by the Federation of Canadian Municipalities (FCM). 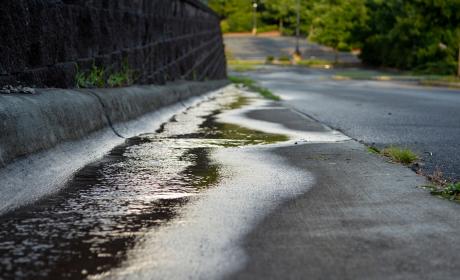 This resource was developed by the Municipalities for Climate Innovation Program (2017-2022). This program was delivered by the Federation of Canadian Municipalities and funded by the Government of Canada.