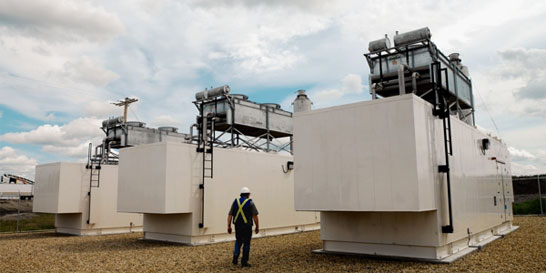 Federal and provincial governments won't get far reducing greenhouse gas emissions without the deep involvement of local governments. Cities already 'get it.' Edmonton and other cities participated in founding ICLEI back in 1990 and Edmonton remains a leader in the Partners for Climate Protection program.
— Don Iveson, Mayor of Edmonton

As a founding member of the Partners for Climate Protection (PCP) program and one of the first two municipalities to complete all five milestones for corporate GHG emissions, the City of Edmonton has demonstrated its dedication to climate action. In 1998, city and utility representatives developed a broad corporate emissions reduction plan; a year later, the city expanded the plan to take a community-wide approach that included input from all sectors. The strategy grew to include the community-focused CO2RE initiative, a program that helps residents and business owners reduce GHG emissions.

The city set new corporate GHG reduction targets in 2012 and is currently reviewing its community targets. Its Energy Transition Strategy identifies energy options and scenarios to achieve the goals set out in its 2011 environmental strategic plan, The Way We Green.

The Edmonton Transit System Centennial Garage houses operational activities for a 250-vehicle bus fleet and features a solar wall and reflective roof. The facility was certified LEED® Silver in 2010.

Since 2000, the Edmonton Composting Facility has been turning household organic waste and sewage sludge (biosolids) into compost. It is the largest of its kind in North America.

Through a partnership with energy consultants and the City of Edmonton, the Edmonton Federation of Community Leagues installed solar photovoltaic (PV) systems on six community association buildings. The participating associations invested between $6,000 and $11,000 for the necessary PV panels and hardware (depending on system requirements), as well as an electronic monitor that displays how much electricity is produced. Participants could also take advantage of energy audits through TAME (Taking Action to Manage Energy), a building retrofit program offered through the Municipal Climate Change Action Centre (MCCAC).