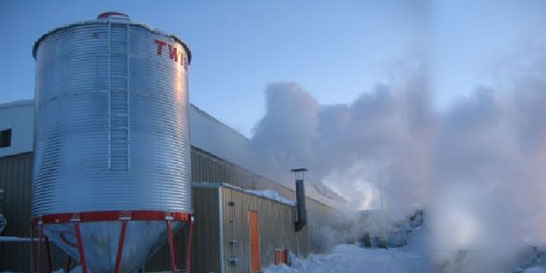 Successful community energy planning requires a comprehensive organizational effort, from frontline staff up to mayor and council. A council that is serious about addressing its energy use in a meaningful way must devote adequate resources to that undertaking, and consistent reporting from a municipality's administration on energy planning efforts will encourage councillors to buy into the process.
— Mark Heyck, Mayor, City of Yellowknife

Unlike provinces in southern Canada, the northern territories spend proportionately more on heating to cope with a demanding climate. With higher costs come higher emissions, so it's easy to see why the City of Yellowknife focused on energy to meet its GHG reduction targets and to reduce costs.

"The City of Yellowknife joined PCP to address our high energy costs and higher than average greenhouse gas emissions," said Mayor Mark Heyck. "The program provided us with a simple, structured process that helped us understand how we use energy, and what steps we could take to become more energy efficient."

A city-led planning committee — with membership that included local businesses, residents, electrical companies, schools and the territorial government — spent more than a year collecting and researching community energy options. The city's 2006 Community Energy Plan laid the groundwork for a series of energy projects, from biomass to waste heat capture systems and building retrofits. By 2009, Yellowknife had cut its corporate GHG emissions by 38 per cent, exceeding its target by 18 per cent.

In 2008, the city installed a wood pellet boiler as part of its biomass district energy system at the Yellowknife Community Arena. It provides up to 95 per cent of the heating needs of multiple recreational buildings.

The city installed an ice plant heat recovery system to capture and use waste heat at the Multiplex Arena and the Fieldhouse, a neighbouring recreational facility.

The city retrofitted lighting systems in its major facilities, including the Multiplex Arena, Yellowknife Community Arena, and curling rink.