FCM honours the true difference-makers of local government with our Roll of Honour Awards. These awards pays tribute to FCM officers, and to officials of member municipalities and municipal associations who have made an outstanding contribution to FCM and to municipal government in Canada. You can read more about eligibility criteria here. 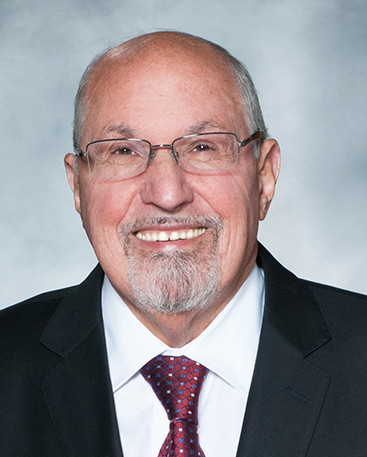 Maurice Cohen was elected councillor in the City of Saint-Laurent, Quebec, in 1982, and continued to serve there for 35 years. Through his nine terms in office, his commitment to community service strengthened a range of committees and boards, including economic development, urban planning and intercultural relations.

From Montreal’s first-ever French-language Jewish public school, which he helped found, to Saint-Laurent’s well-loved sports complex, which he championed, Mr. Cohen has left a lasting mark on his community. Nationally, he leaves no less of a mark on FCM, where he served on the Board of Directors for a remarkable 17 years and was known for his enthusiasm and ability to bring people together.

In 1998, Pauline Quinlan became the first woman ever elected mayor of Bromont, Quebec.

Through five consecutive mandates, she earned a reputation for tackling tough economic challenges—for a community that doubled in population under her leadership. Her countless contributions include spearheading the Bromont Economic Development Corporation, increasing the profile of Bromont Science Park, and implementing a 20-year sustainable development plan.

Ms. Quinlan brought that same record of results to FCM’s Board of Directors where she served from 2003 to 2017. Recently, as co-chair of FCM’s National Municipal Rail Safety Working Group, her leadership helped shape critical improvements across the country—and earned her the position of co-chair of the national Railway Safety Act Review Panel. 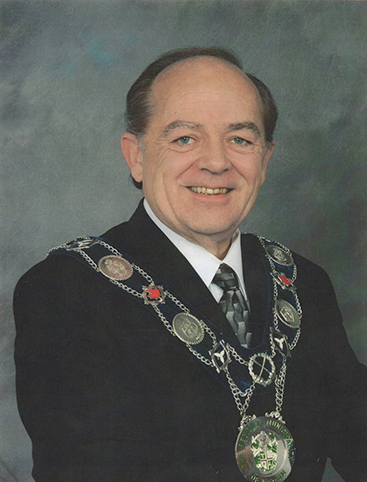 First elected councillor in the Town of Ajax, Ontario, in 1985, Roger Anderson went on to serve as Ajax Deputy Mayor in 1991 before taking up the role of Durham Regional Chair in 1997. He went on become Durham’s longest serving regional chair until his passing in 2018.

Mr. Anderson dedicated his life to public service, serving as a police constable before becoming a public official. His dedication to local government—and its capacity to build better lives—made him an important figure at FCM, where he was a long-time Board member and instrumental in building several programs. He was especially proud of his formative role in our Ukraine program and the difference it has made for people on the ground.