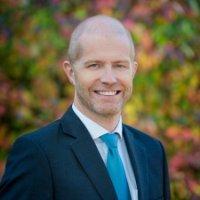 Garth
Frizzell
First Vice-President
FCM First Vice-President Garth Frizzell is a councillor for the City of Prince George, British Columbia. He was first elected to council in 2008, and is currently serving his fourth term. He chairs the city’s finance and audit committee.

Garth has been elected to FCM’s Board of Directors 10 times. He’s been a strong advocate for empowering local governments with the right tools to meet the needs of Canadians. He was voted Third Vice-President in 2017, and in 2019, was acclaimed First Vice-President.

With a decade of leadership in bringing local solutions to national challenges through FCM, Garth knows first-hand that when orders of government work together as partners, they can achieve more for Canadians.

He lives in Prince George with his wife Sue and their three sons. There he co-founded an award-winning technology software company. A former president of the Prince George Chamber of Commerce, he also teaches business, economics and technology at the College of New Caledonia.