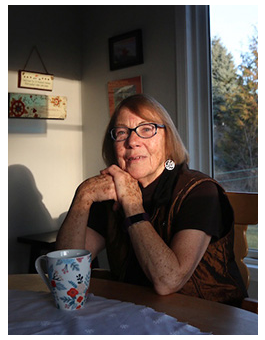 Alice Maitland, British Colombia’s longest-serving mayor, started her municipal career in in 1956, when she helped map out property locations in preparation of municipal status for the Village of Hazelton. Elected to Council in 1965, Maitland served as a councillor until 1970 and became mayor in 1976. Maitland also spent 41 years as a director for the Regional District of Kitimat-Stikine.

Maitland’s political career was characterized by being a strong voice for small, rural, and Northern communities, her partnerships with the neighbouring Gitxsan nation, and her deep concern for the people and lands of the Hazeltons.

Maitland served as a champion of women in politics and has had a significant influence on women in the north participating in local government. The women Maitland mentored say that she blazed the path for other women looking to get into politics and personally helped them to be bolder, stronger, more confident and to raise issues of social equity in their political careers. On a personal level, they appreciate her honesty, candor, and absolute dedication to municipal politics.

Often standing alone in defending the interests of the tiny northwest British Columbia community of Hazelton, Maitland was a pioneer when it came to combining politics and environmental causes, fighting alongside the Gitxsan nation against unfair forestry practices, often joining them in blockading to protect their land and communities.

Alice Maitland’s care and dedication to her community was clear to all who knew her. This is why she has been awarded the 2020 Ann MacLean Award for Outstanding Service by a Woman in Municipal Politics.