This document describes a good practice carried out by the commune of Petit-Goâve: a project for the civic numbering of built properties on its territory that was completed successfully, quickly and inexpensively. It is aimed at municipal leaders in Haiti who would like to implement a similar project in their own communes. 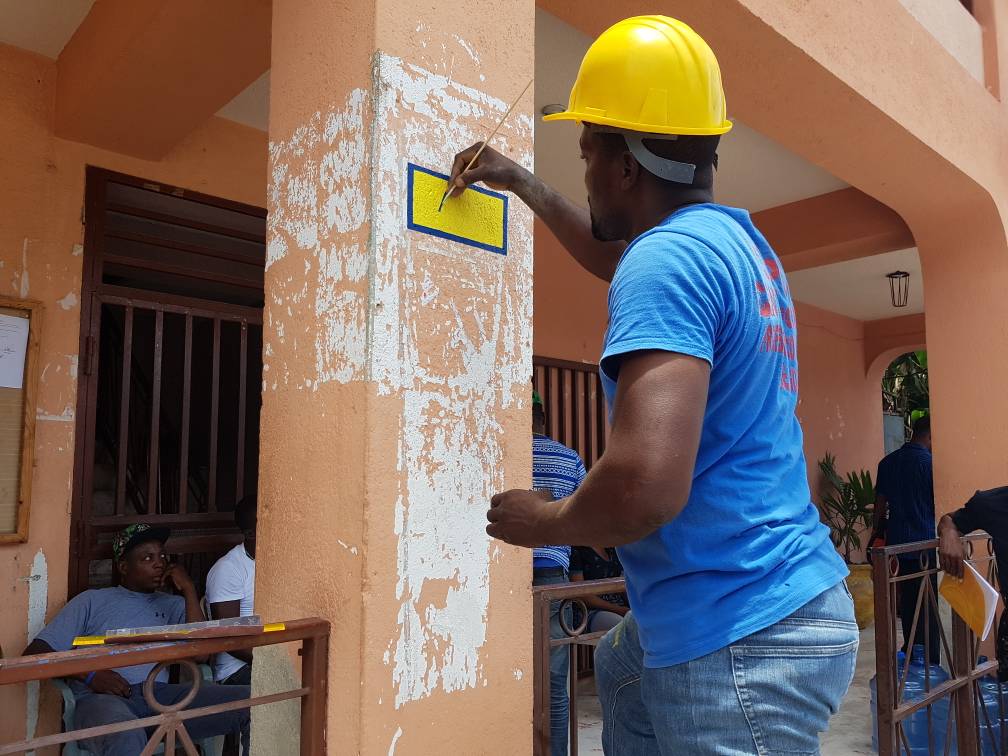 Why carry out civic addressing and numbering projects?

Proper addressing contributes to the social and legal identity of citizens. It promotes socioeconomic development and improves quality of life for residents. It is an indispensable tool in effectively managing the commune. Addressing provides a link between the population and the local government for the purposes of delivering public services, as well as in the event of natural disasters or epidemics. It is also an essential foundation for land management.

The project in a nutshell

The addressing project, funded by the Haiti-Canada Municipal Cooperation Program – Phase 2 (PCM2), was initially aimed at confirming and/or naming the streets and then installing street signs. Once the streets covered by the project were selected and the placement of the signs determined, the names were approved by the residents of those streets. A communications campaign was organized to ensure that the public would sign on to the project.

Like most communes in Haiti, Petit-Goâve does not have a structured building addressing system. It decided to undertake a project in 2017 to assign street names and install signs in its downtown area. This project, part of the commune’s Plan d’aménagement et d’embellissement et d’extension (development and beautification plan, or PAEE), came about following a public consultation process.

After this first step, the commune of Petit-Goâve launched its project to number 10,000 buildings on its territory. The buildings in question are included in its inventory for the purposes of the Contribution foncière des propriétés bâties (land tax on built property, or CFPB). Two years after this inventory was carried out, the numbering of buildings has proved to be indispensable to improving the database and to carrying out tax mobilization. One of the exercise’s findings was that the inventory contained errors.

Teams from the Direction administrative et technique de l’intercommunalité des Palmes (DATIP)—the administrative and technical department of the Les Palmes region’s communes—together with the commune of Petit-Goâve, worked to develop an appropriate numbering methodology. The approach they adopted consists of a continuous metrics numbering system with a field reference system based on a single thoroughfare, the national highway. According to this system, the number assigned to a building is based on its location along this thoroughfare. However, a road several kilometres long, as is the case in Petit-Goâve (24 km), produces high numbers. As a result, there may be a significant difference in the numbers assigned to two “neighbouring” buildings. This choice was deliberate, as it makes it possible to assign numbers to new buildings that might be inserted later, in the event that changes are made to the subdivision.

The Communauté des municipalités de la région des Palmes (Community of Les Palmes region municipalities, or CMRP) and the Direction administrative et technique de l’intercommunalité des Palmes (DATIP) : Since 2010, the CMRP has been the key forum for discussions on developing a common vision for the development of the Les Palmes region, which is home to the communes of Gressier, Léogâne, Petit-Goâve and Grand-Goâve. Through its technical branch, DATIP, the region provides its four member communes with a range of services and expertise in the areas of land, waste, water and project management, as well as municipal taxation. DATIP has played an important supporting role in implementing the civic numbering project discussed here. 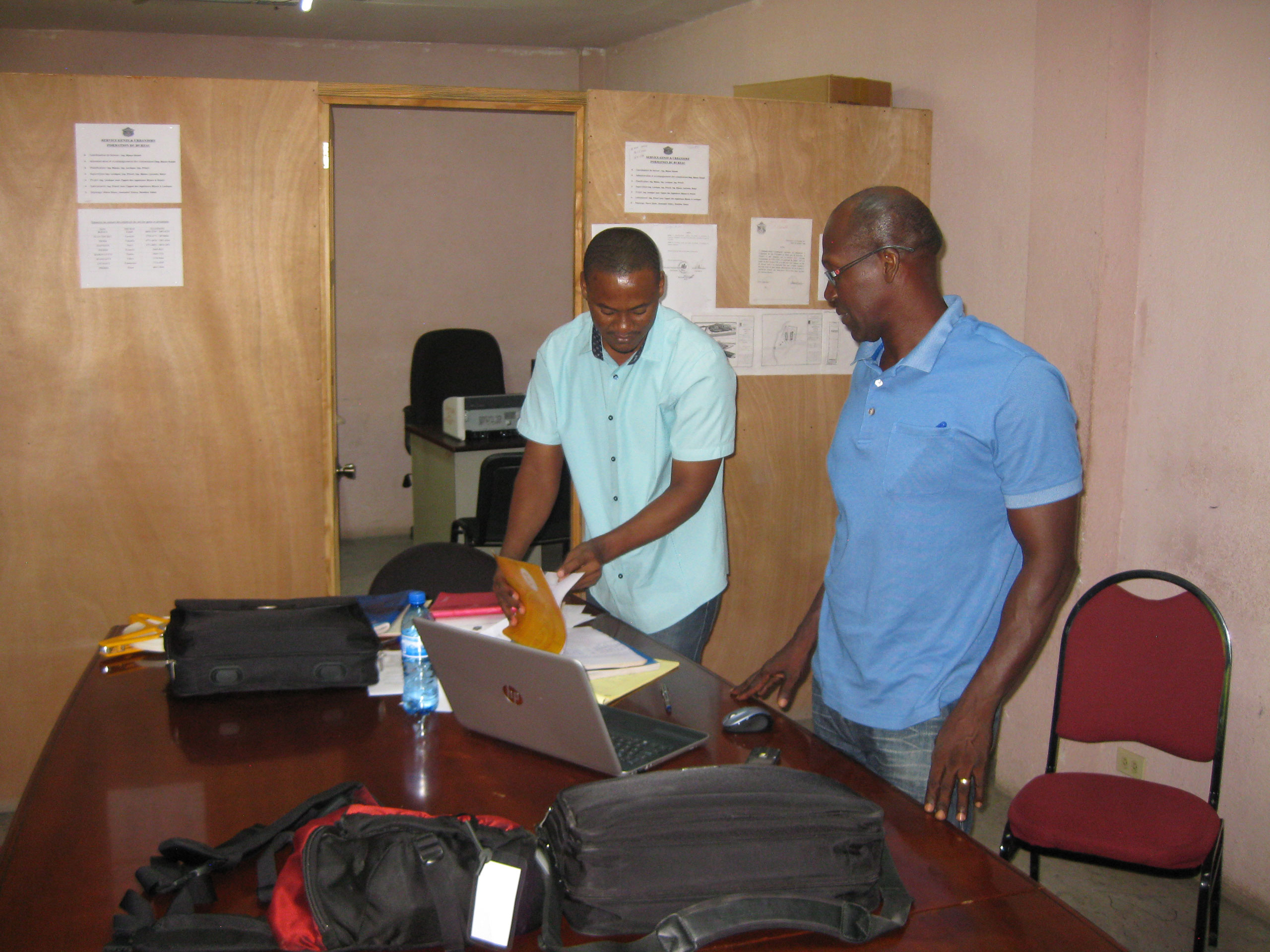 The project was successfully carried out within a few short months (from May to September 2018) thanks to good planning and management of the project by the commune and its staff. The administration of Petit-Goâve took part in the initial discussions and sought the support of municipal engineers who, thanks to their knowledge of the local area, were best positioned to plan operations. The municipal engineering department played a strategic role in leading the project. The communications department also contributed by informing the public of the planned measures and the project’s objectives. Finally, DATIP helped develop the methodology and provided basic information. It should be noted that initially the commune was considering installing number plates on buildings. However, as this option is more expensive, painted addresses were deemed more suitable and made it possible to hire local labour for the work.

The citizens of Petit-Goâve now benefit from an addressing system that makes finding homes, businesses, services and industries in the commune much easier. Traffic and transportation have also improved. Moreover, addressing facilitates the mapping of the territory by making it possible to transfer this information to geolocation platforms.

“Several citizens came to thank me: at last, they had an address!”
- Jean Samson Limongy, Mayor of Petit-Goâve

This project aroused great interest from nearby communes, as well as from Haiti’s tax directorate, the Direction générale des impôts (DGI), which fully understands how important this measure is in the context of tax mobilization efforts. Civic numbering makes it possible to accurately identify taxpayers by linking a name and a place of residence, thus eliminating almost all redundancy, a considerable problem in the property tax effort. Civic numbering is a valuable management tool for communes as it allows them to easily pinpoint buildings within their territory. 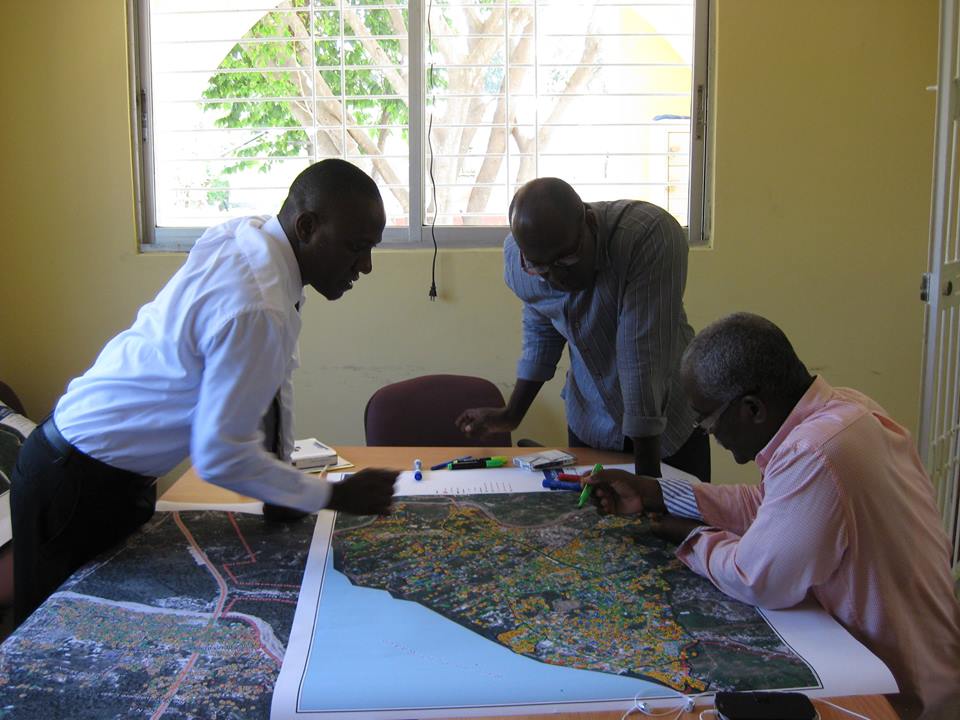 The success of a civic numbering project, which must be preceded by the naming of streets, involves several essential benchmarks. The information below may serve as a guide for any commune wishing to replicate this project on its own territory.

Communes wishing to replicate a civic numbering project should consider the following:

The Federation of Canadian Municipalities (FCM), the Union des municipalités du Québec (UMQ) and the City of Montreal, with funding from Global Affairs Canada (GAC), are implementing the Haiti-Canada Municipal Cooperation Program – Phase 2 (PCM2) in Haiti. With a duration of six years (2014–2020), the PCM2 has a total budget of $21.4 million. The PCM2 builds on the successes of the first phase in order to complement the capacity-building efforts of five local authorities (Port-au-Prince, and the communes of Gressier, Léogâne, Grand-Goâve and Petit-Goâve), three national federations of local elected officials (FENAMH, FENACAH, FENASEC) and the Ministère de l’Intérieur et des Collectivités territoriales (ministry of the interior and territorial communities, or MICT).

The PCM2’s goal is to engage partners in developing a more transparent, efficient and sustainable administration, and to become models for effective municipal management and local service delivery throughout the country. Emphasis is placed on the collection of own-source revenues, transparency and accountability, citizen involvement, the effective delivery of services to the communes and the implementation of projects that improve citizens’ living conditions.

This publication was made possible thanks to funding from the Government of Canada through Global Affairs Canada.