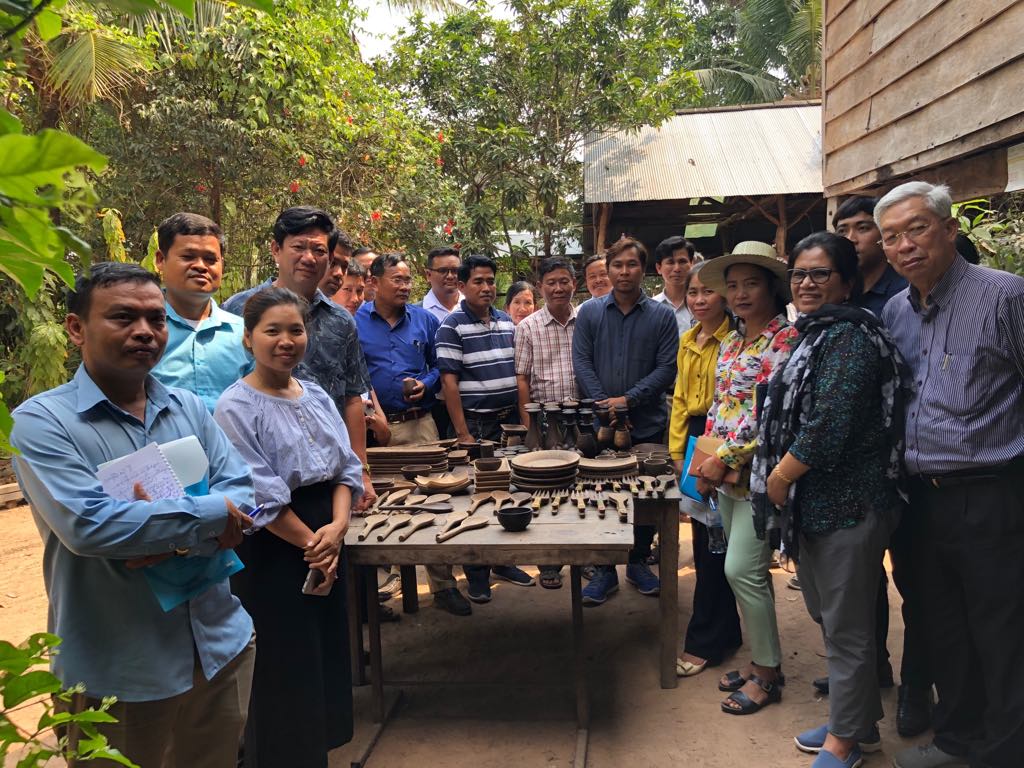 As the benefits of local economic development (LED) are becoming better known in Cambodia, one of the earliest proponents of the approach in the country, the National League of Councils of the Kingdom of Cambodia (NLC), is fast becoming recognized as a national leader. In this role, it is helping to train the next generation of practitioners, helping the benefits of LED to be shared more widely around the country.

“Although the concept of LED is still relatively new in Cambodia, NLC has been working with some of its members to apply the approach for some time now,” says Pok Sokundara, who is secretary general of NLC. “With support from our partners at the Chilliwack Economic Partners Corporation (CEPCO) and the City of Chilliwack, B.C., we first started working on it through FCM’s Municipal Partners for Economic Development (MPED) program, so have been involved in Cambodia’s LED journey from the beginning.”

LED aims to improve the economic potential of municipalities and then scale up to the macro level by increasing local economic growth, job creation and sustainable development. “The local level is the most appropriate place for economic interventions,” says Sokundara, “as it is closest to the people and therefore, most accountable.”

After MPED came to a close, FCM began working with NLC and CEPCO/Chilliwack to implement a new program in Cambodia: Partnerships for Municipal Innovation in ¬Local Economic Development (PMI-LED). This new five-year program started in 2016, and aims to increase sustainable economic growth at the local level by strengthening the capacity of municipal governments in select countries, including Cambodia.

“We have been aiming to take the knowledge we learned from our earlier work and expand it so we can create an enabling environment for LED in other municipalities, and among other local governments,”  says Sokundara.

NLC has developed a pool of LED trainers drawn from the nine of its member municipalities and districts that were involved in MPED, as well another 11 districts in Siem Reap province that had been working with GIZ, Germany’s international development agency. One of the first objectives of the new program has been to strengthen the existing knowledge base of those in the pool, and then support them to share this knowledge with others.

“There are very few human resources for LED in Cambodia,” says Sokundara. “Essentially, we needed to work with what we had and focus on deepening their learning and understanding, while at the same time training them to become trainers themselves.”

In 2017 and 2018, CEPCO and NLC delivered two training courses to this pool of new trainers: the first focused on LED methodology, capacity development and consultation; the second aimed to develop the trainers’ skills as trainers, so they might disseminate their knowledge and skills further. In addition to this, a study tour to Siem Reap and Vietnam was organized, which helped the pool understand the context needed for LED to work successfully.

Participants in the training have also helped prepare, edit and shape a training needs assessment on LED and LED planning, as well as an “LED 101” training course. These documents will be used as a pilot test for training courses in the third quarter of 2018-2019.

“The group has already delivered five training courses on the concept of LED to provincial council members and staff from several provinces, as well as staff and elected officials from districts, communes and sangkats,” says Sokundara. Significantly, they have also trained officials and advisors from the National Committee for Sub-National Democratic Development (NCDD).

“There is no doubt that the recent training has helped build the skills and confidence of the training pool,”  says Sokundara. “By sharing this information with local authorities from around the country, so far 245 people (58 of whom are women) have gained good knowledge and experience of local economic development.”

This knowledge sharing has also helped some local authorities in Cambodia to change their minds about priorities in their regions.

“Now, they are including LED and not just focusing on building infrastructure,” says Sokundara. “They have integrated LED activities into the extension of their three-year investment plan. We know this is a long process, but we feel we have made a good start.”

Visit out our Partnerships for Municipal Innovation page to learn more about our work in Cambodia.