The mayor of the Town of Bolton-Est, Quebec, Joan Westland, has participated in missions to Colombia to strengthen the role of women and girls in municipal life and politics, and to offer strategic planning insights that will bring a women’s network of mayors into the next era.

Achieving active and equal participation by women and girls in their communities, including at the political level, has been a long-time goal for FCM here at home and abroad through our international programs.

Westland is a major reason we are getting closer to accomplishing that goal.

With the Federation of Colombian Municipalities rejuvenating its Network of Women Mayors for Democracy and Peace (NWMDP), the door was opened for Westland to work with FCM in advancing women’s leadership in the South American country. As part of the CISAL (Sustainable and Inclusive Communities in Latin America) program, she has shared her experience in municipal politics, as well as her unique abilities in strategic thinking and planning processes, with politicians—both women and men—in Colombia by participating in inspirational and educational forums and working sessions.

“I wanted to share my experiences as a woman in public life and to provide some additional tools women and women mayors could use to advance themselves and their communities,” Westland says. “I think I accomplished that, but in the end I became inspired and took home many new ideas to implement here in Bolton-Est.”

The CISAL program’s aim is to strengthen the capacity of local governments so they can play a leadership role in building more sustainable and inclusive communities in areas influenced by mining activities.

In 2016, Westland travelled to Bogota where she participated in a NWMDP forum. She delivered a presentation on the barriers women in Canada experience in local government and how we work to increase women’s participation. In turn, she heard of the barriers faced by women in Colombia, which often include physical and mental abuse. She then worked with her Colombian counterparts to establish a two-year plan for the network.

“Gender equality at the political level in Colombia can be achieved, in part, by strengthening the network of women mayors,” Westland says. “That’s why the network is so important to the future of women and girls there.”

Specifically, Westland has encouraged the network to include past mayors in its membership, thereby allowing new mayors to learn from and be mentored by others who have lived the experience. She has also pointed to the benefits of “campaign schools” or sessions designed to educate women on ways to enter politics and to run a successful election campaign.

Westland continues her ties with the women mayors in Colombia. Her work is centred on three aspects of political leadership:

“These are important in any political context, whether in Colombia or in Canada. We need to focus on electing people who are leaders not people who seek power,” she explains.

In other missions, Westland has helped strengthen women leaders in La Guajira, Colombia, by providing leadership training to diverse groups of women of all ages. Bureaucrats, independent business artisans and others, both from indigenous Wayuu and non-indigenous communities, have come together in sessions on strategic planning for professional personal development, which is the cornerstone of achieving more participation by women in decision-making spaces.

When I first went to Colombia, I was struck by how many women mayors are victims of violence and threats of violence. Violence is a significant barrier to equal participation by women anywhere, and in Colombia it is very prevalent. I was deeply saddened by the scale of the problem. 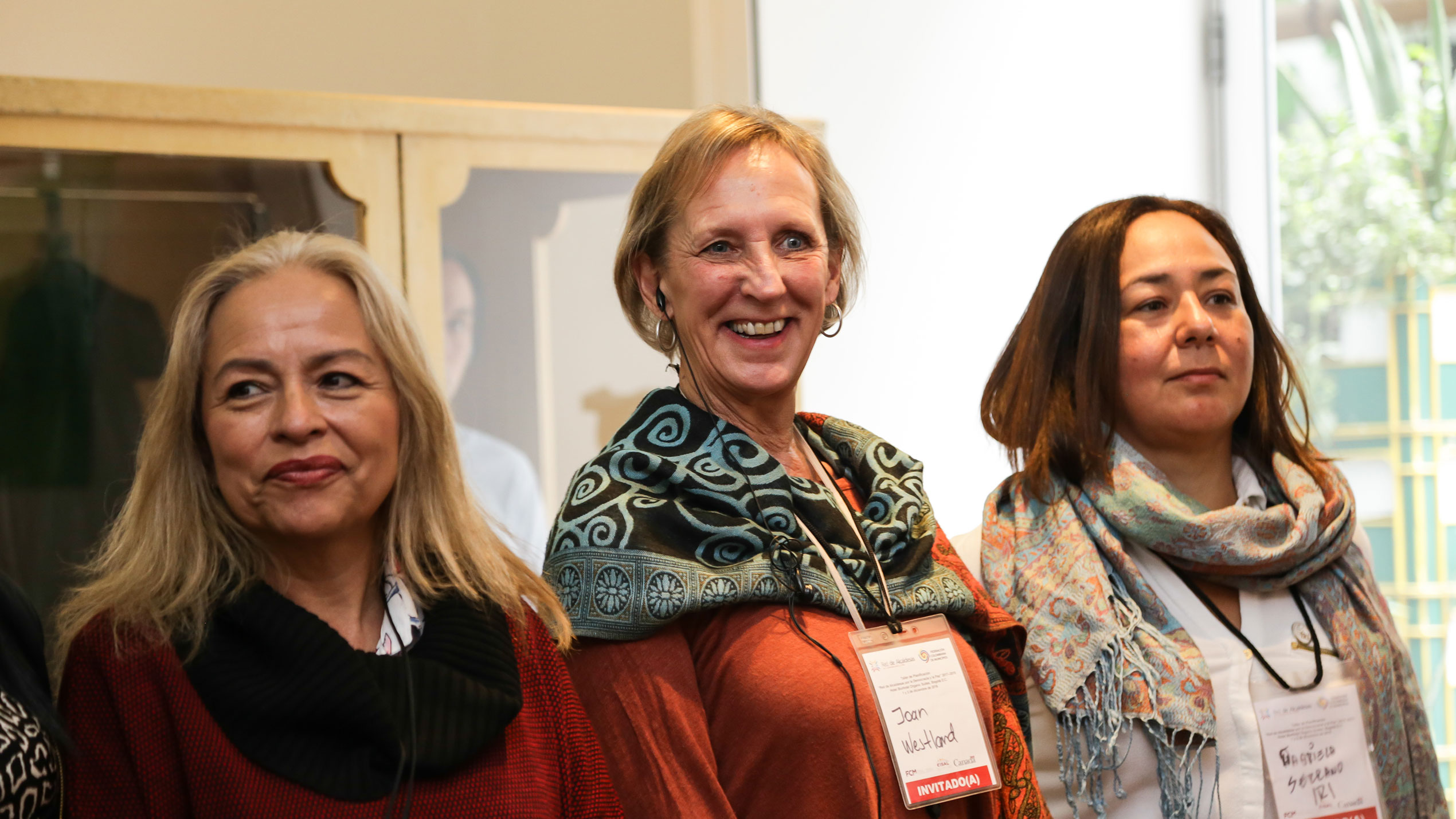